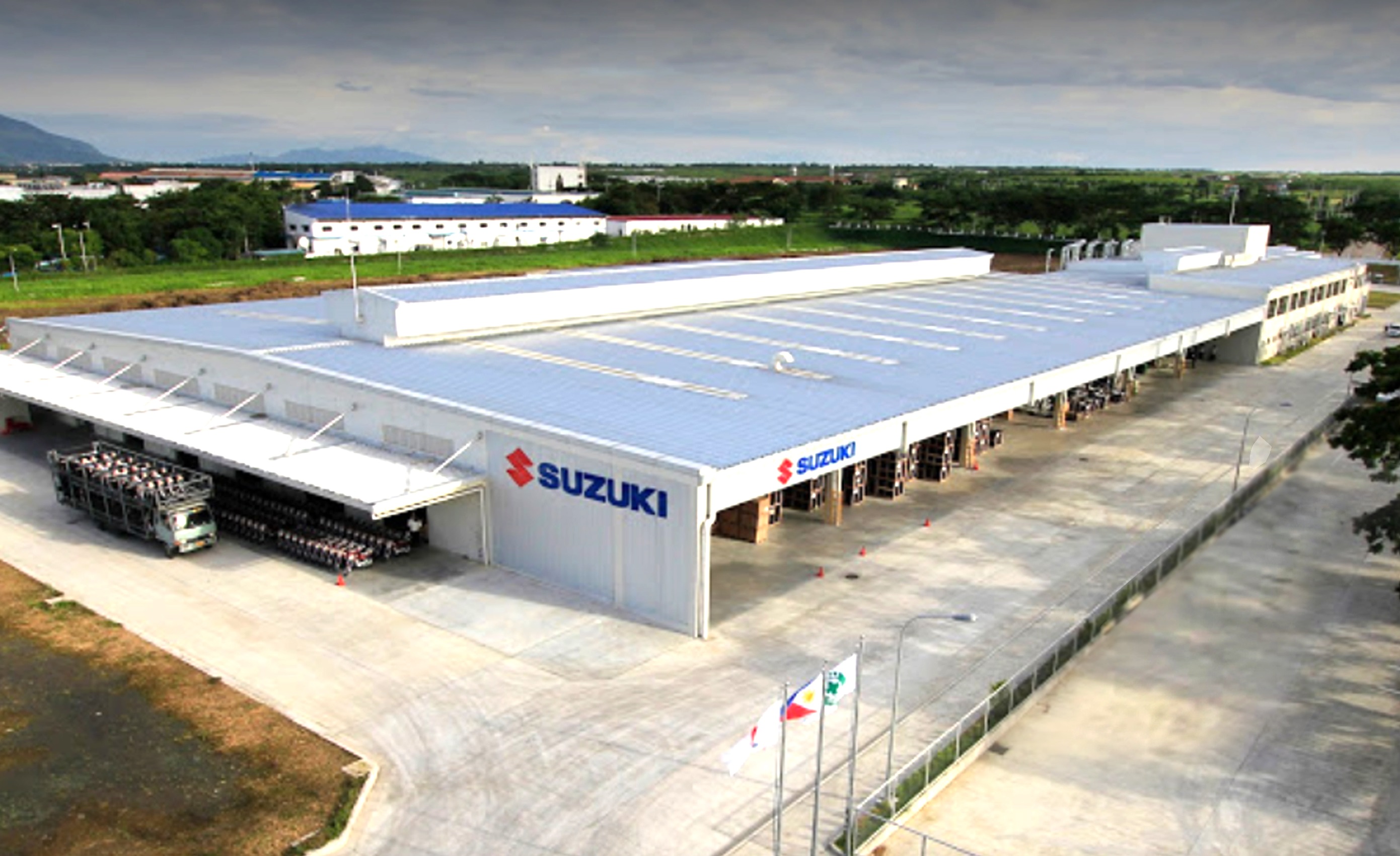 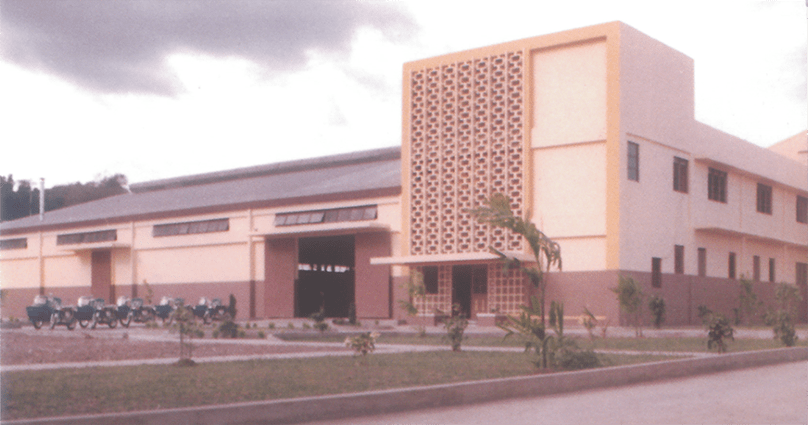 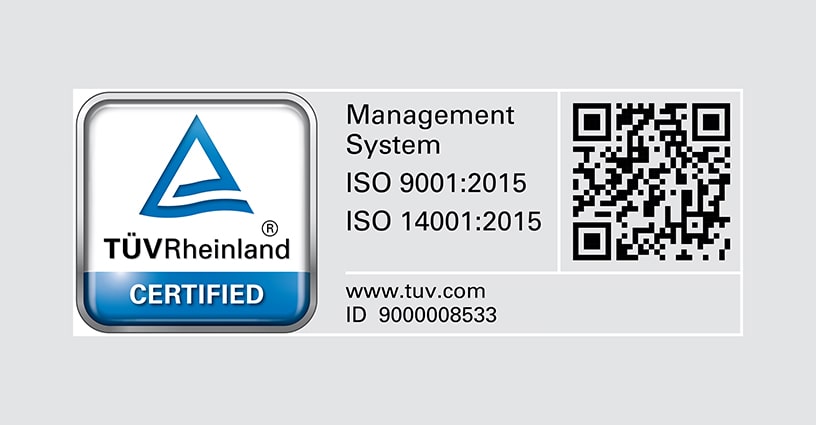 Suzuki Philippines, Incorporated is a wholly- owned subsidiary of Suzuki Motor Corporation of Japan. It is known as a manufacturer of superior quality motorcycle and the exclusive distributor of Suzuki Automobile, Suzuki Outboard Motor and Suzuki Genuine Parts (SGP) in the Philippines. The Company takes pride in its motorcycle line-up for leisure, sports or business, as well as quality compact vehicles that are tailored to adapt to the customers’ dynamic needs. This is supported by a highly competent workforce that provides unprecedented service and care to every motorcycle, automobile and outboard motor proudly delivered in the market today.

Suzuki Philippines Incorporated aims to be the customer's brand of choice for having a name with a heritage of trust and reliability, and for being a continuous innovator and trendsetter in the Philippine motorcycle and compact vehicle industry.

We, the men and women of Suzuki Philippines Incorporated will provide this country value-packed motorcycles and compact vehicles of highest quality, affordability, safety and environment-friendliness; uphold operational efficiency and excellence; ensure the best returns to our stakeholders, partners and employees; and strongly commit to uplifting the Filipino community’s way of life by providing them the best quality vehicles that offer not just ease in transportation, but lifestyle options as well.

The company originated from a Filipino family business that dates back in 1957 under the business name Rufino D. Antonio & Associates, Inc., an architectural and engineering firm. After several years, the Company ventured into appliance importations from Japan, and expanded further to include motorcycles that later became its major activity in the semi-knockdown business. In 1959, the Company started to organize its nationwide dealership for motorcycles and appliances.

The business expanded along the years, and with sales soaring more than expected, a factory to handle semi-knockdown production was established in 1972 along Canley Road (now Danny Floro) in Pasig City, Metro Manila, Philippines.

On 01 February 1985, the company became a wholly-owned Japanese company in the Philippines by Suzuki Motor Company Ltd. The Company was totally reorganized and the name was changed to Suzuki Philippines, Incorporated.

In October 1999, SPH also marked another milestone in its history when it took over the automobile operations of Suzuki in the country from Pilipinas Transport Industries, Inc. (PTII). This has greatly strengthened the image and capability of the company in the 4-wheel division.

In May 2012, Suzuki Philippines, Inc. relocated in Canlubang, Calamba City, Laguna over its 37,265 sqm. plant area to accommodate its localization and expansion program in the Philippines.

On 01 October 2016, Suzuki Philippines, Inc. officially assumed the distribution of Suzuki Outboard Motor in the country, making it the only integrated motorcycle, automobile and outboard motor company in the Philippines.

Corporate Social Responsibility is one of the primordial advocacies of SPH as it is the company’s way to give back to Filipino community through programs and activities which promotes social and environmental awareness. SPH conducts voluntary efforts on crisis and disaster recovery programs, environmental protection, road safety, educational programs, community service and livelihood programs.

SPH supports rebuilding communities who were severely affected by crisis and calamities in the Philippines. The company also provides assistance in helping those who are in need through its Suzuki Helps Aids and Rebuilds (SHARE) Program conducted not only through usual relief operation and free motorcycle service, but providing also activities to draw out positivity, pride and hope among distressed victims as their aid to recover. 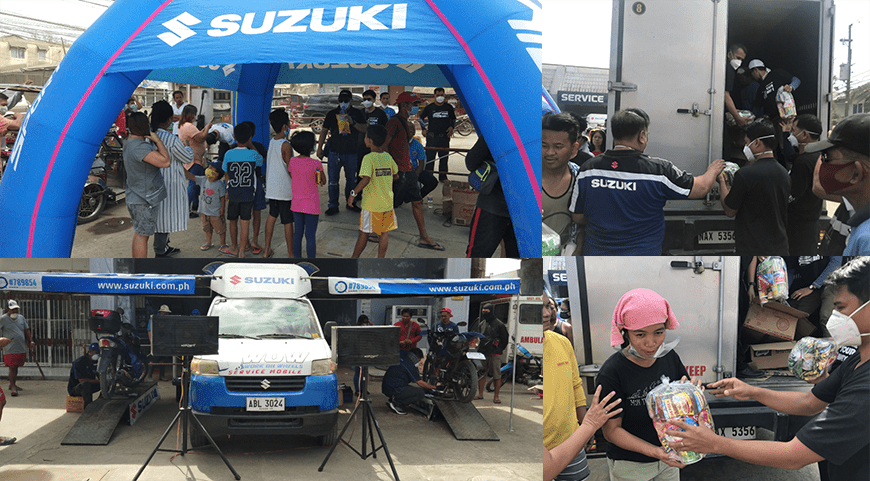 To express our aspiration for a greener and cleaner world, SPH conducts tree planting activities every year. This activity aims to maintain our sense of responsibility in proper disposal of trash and educate everyone in taking care of our environment.

SPH also participates in the "Clean up the World Campaign" held annually. The Clean up drive is a product of Suzuki Motor Corporation Japan's commitment to provide an ultimate marine experience to boaters around the world. It aspires to encourage others to act and contribute towards a clean environment for the benefit of mankind and its future generations. This also aims to increase ecological awareness in local communities while cleaning up beaches and waterways across the globe. 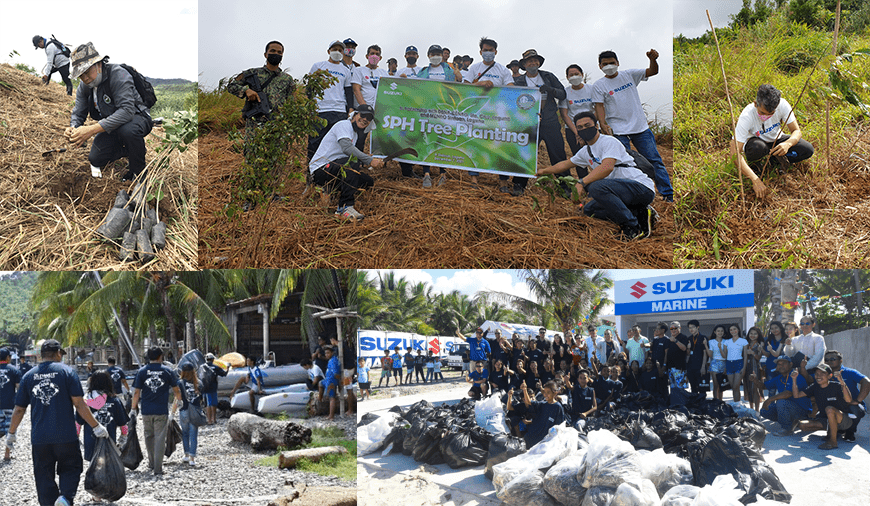 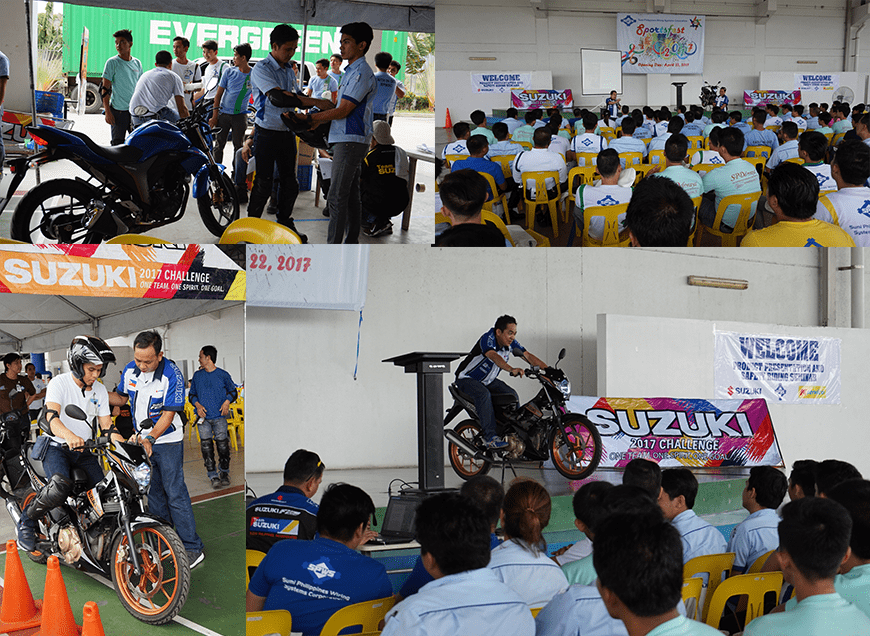 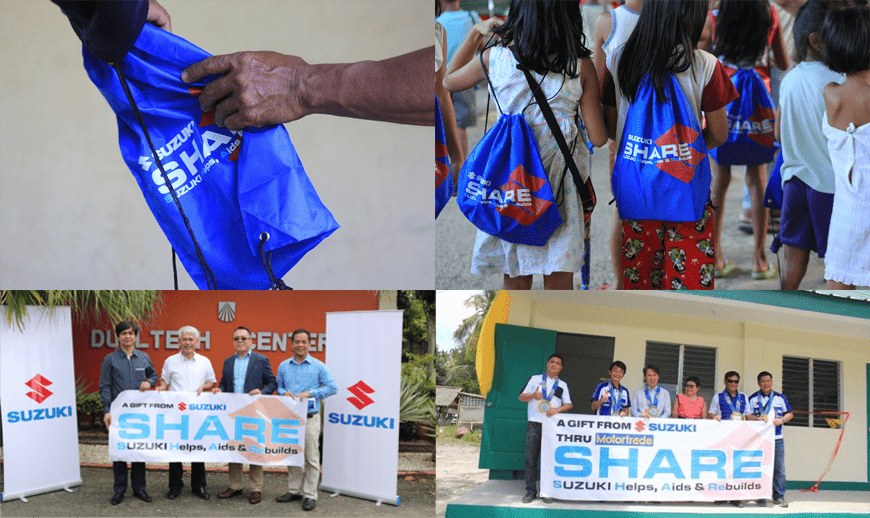 SPH participates in various community programs for the livelihood of residents of communities especially from the marginalized sector. 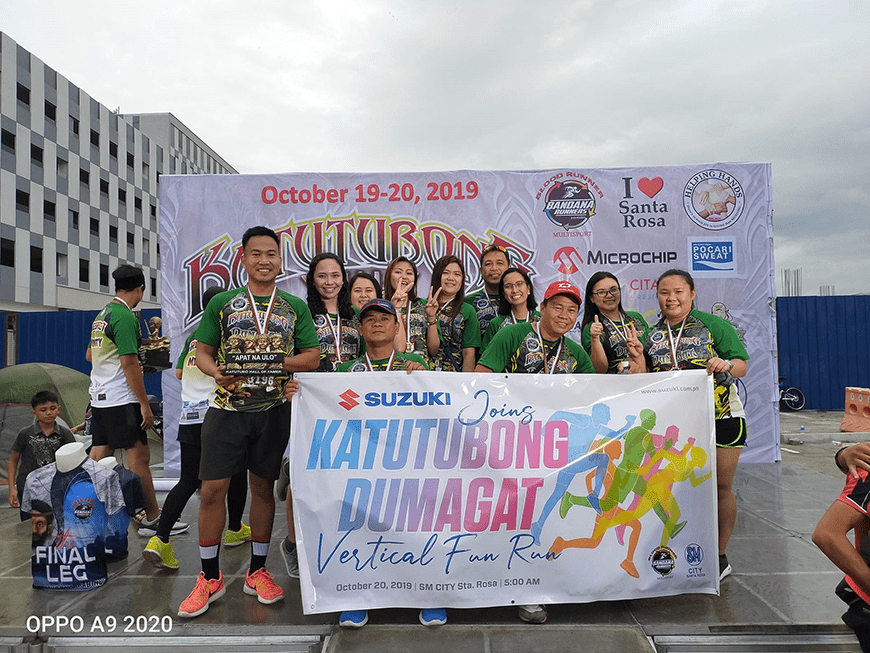